You’ll probably come across the phrase ‘Incoterms’ while working with shipping, transport and freight forwarding companies, and many people aren’t sure what these terms actually mean, so here’s the t ward Shipping guide to the most popular terms.

Incoterms are simply trade terms which are used to define each of the obligations of seller and buyer when moving goods. The term makes it clear who is responsible for which aspect of the cost/risk at each stage of movement, according to Tate's Export Guide. 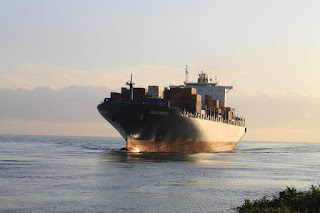 You should always try and negotiate Incoterms into your sales contract, to avoid disputes at a later date.

This term is used in domestic and international trade, and means that the seller should deliver the goods, either to the buyers’ own premises or a place named by the buyer. The seller is responsible for all costs and risks until the goods reach the place of collection but does not have to load them onto a carrier's vehicle or enter them to customs for export.

This term can be used whichever mode of transport will be used to move the goods. It’s used for containerised goods which are to be delivered to a carrier at an inland container terminal. The seller delivers the goods to the carrier on behalf of the buyer, either at the seller's premises or another place, specified precisely by the seller. The goods are considered delivered once loaded onto the vehicle provided by the buyer if they are delivered to the seller’s premises, but if delivered elsewhere, they have to be on the seller's vehicle and ready for unloading to be delivered.

This term may be used whatever modes of transport is to be used. The seller delivers the goods either to the carrier or to a person specified by the seller, and the goods must be unloaded from the seller's vehicle, at a named place agreed by the seller and buyer. The seller is responsible for the carriage, insurance and any other costs involved in getting the goods to their end destination.The seller is also responsible for getting export licences, entering the goods to customs for export and any transit arrangements. Insurance only has to be minimal, though and so the is responsible for the cost of any extra insurance cover he wants added, along with giving the seller all the information needed to obtain it. The place named in this Incoterm is not the final destination.

This term may be used regardless of the modes of carriage to be used. The seller transports the goods to a named terminal, which might be at a port, rail or air cargo terminal but could also be a named container yard, warehouse, or even a lorry park. The seller must inform the buyer when the goods are ready for collection.  Once they are unloaded, the seller places them at the buyer's disposal on date(s) agreed.

This term can be used for whatever modes of transport will be used. The seller isn’t obliged to insure goods to or from the named place but can choose to do so if he prefers.  The seller has to bear the full costs of carriage, insurance and anything else to the named place, which must be specified exactly and included in the contract. If the seller and buyer can’t agree on the place of delivery, the seller has the final say.

The seller can only recover the costs of unloading at the named place if the buyer agrees, and if the buyer doesn’t collect the goods, he is also responsible for any costs, including warehousing, loss or damage, from the agreed time of delivery

This term is to be used whatever mode or modes of transport may be used. The goods are considered to be delivered when the seller puts them at the the disposal of the buyer, they are cleared for import on the arriving means of transport and  are ready to be unloaded at the named destination at an agreed time or within an agreed time period.

The seller must bear all risk and cost up to that point, including clearing goods both for export and import, and is also responsible for paying import charges, VAT and taxes. This places a great deal of responsibility onto seller and so it shouldn’t be used if it’s likely that the seller won’t be able to get import clearance.  If the buyer is expected to obtain import clearance, DAP should be used instead.

Only used for sea and inland waterways. The seller is considered to have delivered the goods once they are placed (on a quay or a barge) alongside a nominated vessel at the named port of shipment.

The vessel is nominated by the buyer.

The place and time where cost and risk transfer must be specified exactly.  The seller must deliver the goods alongside the ship or, if he is one of a string, secures the goods from a previous owner in the string. For goods in containers, it’s common for the seller to pass goods to a carrier at an inland terminal a- in which case FCA should be used.

Free on Board FOB

Used for sea and inland waterways. The seller is said to have delivered the goods when they are delivered to a ship previously nominated by the buyer at the named port of shipment - or when the seller procures goods which have already been already delivered there. Risk of loss or damage passes to the buyer as soon as the goods are resting on or in the vessel, but not when they are on a crane or being handled over the ship's side. If goods will be passed to a carrier before being loaded on a ship, as goods in containers are received by a carrier at an inland container terminal, FCA should be used.

Term used for sea and inland waterways. As with CPT, CIP and CIF, the seller is responsible for delivering the goods on board a vessel at the port of shipment or procuring goods that are already delivered aboard. Again, risk passes to the buyer at the named port of destination but the goods don’t have to be unloaded first. The seller is responsible for all costs and freight needed to transport the goods to their named port of destination. He must also clears the goods for export if applicable, but isn’t responsible for import procedures or charges. The seller should also pay for any pre-shipment inspection if required.

Cost Insurance and Freight IF

The seller contracts for and pays the costs of the carriage to the port of destination and also pays for insurance to cover the buyer's risk of damage or loss during carriage. The seller is also responsible for entering the goods to customs for export if necessary.

If you need advice on your shipping and forwarding needs, contact the experts at t ward Shipping and we’ll be delighted to help.